Shocked UNSCEAR members in Belgium protest "It even goes back behind the lessons of Chernobyl and other studies."

Shocked UNSCEAR members in Belgium protest,
"It even goes back behind the lessons of Chernobyl and other studies."

Discussions continue in UNSCEAR, the organization of the United Nations responsible for assessing the consequences of nuclear disasters and radiation. The committee prepared a report submitted for discussion amongst experts from different countries at a recent meeting in Vienna - a report that has aroused the indignation of the Belgian delegation: "Everything seems to be written, its members say, to minimize the consequences of the Fukushima disaster. It even goes back behind the lessons of Chernobyl and other studies." The Belgian delegation includes several experts in the study of nuclear energy. UNSCEAR must submit its report to the General Assembly of the United Nations next fall.

Back in Brussels, the head of delegation, Hans Van Marcke delivered his critical impressions on UNSCEAR's conclusions in a presentation to the ABR, the Belgian Association for Radiation Protection. According to our information, the discussions were so tense and the Belgian were so shocked that they threaten not to sign the report and some thought even of leaving the conference. They were offered to include their objections and those of others, mainly English experts in a new, revised document. But the past has shown that it is the secretariat and the rapporteurs who lead the agenda and who give the text its final orientation, and that the greatest vigilance is needed to see to it that the final versions adequately reflects the discussions.

In general, everyone agrees: Japan has been lucky. An important part of the contamination has gone to the ocean, the population was evacuated fairly quickly, and control of food contamination is satisfactory. The impact will therefore probably be lower than in Chernobyl.

But the impacts on soils are not to be underestimated, nor are impacts on health in the future. And these effects involve an area with densely populated cities like Fukushima or Koriyama (300,000 people).

Much data of the UNSCEAR report is incomplete or presented in a questionable way. Estimates of doses received by populations are diluted by irrelevant mean values, as are those received by the tens of thousands workers on the site of the plant accident. The Japanese government and TEPCO refused to disclose details. It is also obvious that iodine tablets have not been distributed and thyroid exams were performed too late, which prevents some effects from being found.

The analysis of the UNSCEAR automatically excludes a priori any potential risk to the fetus or the genome. For cancer risk, it considers that there is not too much of a risk as the radiation doses are too low to generate a discernible effect. Such assumptions have led to the anger of  experts from Belgium because, on the one hand, as mentioned above, the doses are poorly presented and secondly, the lessons of Chernobyl as well as extensive research in recent years show that low doses can affect health. UNSCEAR is obviously trying to backtrack on these developments in the science of radiation. On several occasions in recent years, and even in the current discussions, representatives of different countries want to convey the idea of a threshold of 100 millisieverts, below which no health effects are to be expected. As a reminder, international ICRP recommendations speak of 1 mSv per year for the population and 20 mSv per year for workers, not to be exceed in the current situation.

Recent studies show that, in several areas, lower doses between 10 and 100 mSv can have effects. It is not only cancer, but also damage to the embryo, hereditary disturbances, cardiovascular disease and cataracts.

Several reports are on the table nearing completion. One for children, a population to protect and monitor, especially in the case of radiation. This report was supported by an American team, led by Professor Fred Mettler. He is an author of the Chernobyl Forum report, which was highly controversial and criticized because it minimizes the effects of the Chernobyl disaster. In any case, in his report on children, he dismisses a priori a number of areas of study and findings that show the different effects of low doses on children. He did not even read the reports from the Euratom panel.

Another serious issue that is denied or misrepresented in the report concerns the question of the relevance of internal contamination of an organism. Indeed it appears increasingly that the effects may be different when radionuclides are dispersed evenly throughout the body, or when they rather are concentrated in certain areas. A similar dose will therefore not have the same effects depending on where it occurs. This is consistent with assumptions by the Belarusian scientist Yuri Bandajevski in the study of the many effects of Chernobyl.

Hereditary effects of chronic low-dose contamination are difficult to study in humans because it takes several generations of observation. One way to approach this is to observe these effects in animals. Several studies have shown that effects do occur (Mousseau and Moller studies show the loss of biodiversity in Chernobyl, for example, or the studies of Goncharova). But they are not taken into account either, nor are important studies of French IRSN, which showed many cardiac and neurological alterations in rats.

Where do the attempts to minimize the consequences of Fukushima (and Chernobyl) and to backtrack on the recent achievements of the various studies in radiation come from? Mostly from experts from Russia, Belarus, U.S. Poland and Argentina. Many of them are working for both UNSCEAR and the IAEA and ICRP. One of them, the Argentine Abel Gonzales has so many different hats on (also in the Argentine nuclear industry) that in a previous session, a Belgian expert criticized the conflict of interest in a letter that UNSCEAR has refused to represent in the minutes. Gonzales, Mettler and the Russian Balanov (retired IAEA member, editor of UNSCEAR reports), together with some Polish scientists, are in direct line with the trend represented by the French Professor Tubiana who firmly rejects any idea of negative effects of low dose radiation. Together they formed a vibrant international center to defend this thesis. And they occupy strategic places in the secretariat of the IAEA and UNSCEAR (UNSCEAR holds its meetings on the premises of the IAEA). The Japanese today share that view, anxious to limit the impact of the disaster and restart nuclear reactors.

Representatives of other countries such as China or India are silent. The French experts from CEA and IRSN expressed little objections, while in the past they deplored the information policy by the Japanese. Swedish and German are also silent. It is obviously tempting to draw a parallel between the results of UNSCEAR and the geopolitics of nuclear power, although in each country different trends can occur among experts.

The Belgian experts, supported by British and Australian members and some Euratom members attending the meeting, are more concerned about the effects of low dose radiation.

Where is the discussion and the scientific doubt in all this? In any case, those who deny the impact of low doses would love to see their position recorded in the UNSCEAR report and endorsed by the UN this fall. For others, including Belgium, it would be an unacceptable regression on recent advances in knowledge in radiation protection.

you can view Abel Gonzales in the documentary, "Nuclear Controversies", where he maintains that "we don't know too much" about what the cause of the ill health of the children of Belarus post-Chernobyl ( see http://vimeo.com/33724891 at 12 minutes) He is real piece of work, only he is a true scientist, he refuses to listen to the doctors and scientists of Belarus, whom he insults and belittles. He and his colleagues should be held accountable for their criminal negligence, willful blindness, which has led to and continues to cause massive public health problems who must live in regions contaminated by long-lived radionuclides.

The media reported widely on the comments of Wolfgang Weiss, who reported favourably about the low impact of the Fukushima accident, on health.
Wolfgang Weiss is a boss on Euratom which, according to Wikipedia is an international organisation founded in 1958 with the purpose of creating a specialist market for nuclear power in Europe, developing nuclear energy and distributing it to its member states while selling the surplus to non-member states. 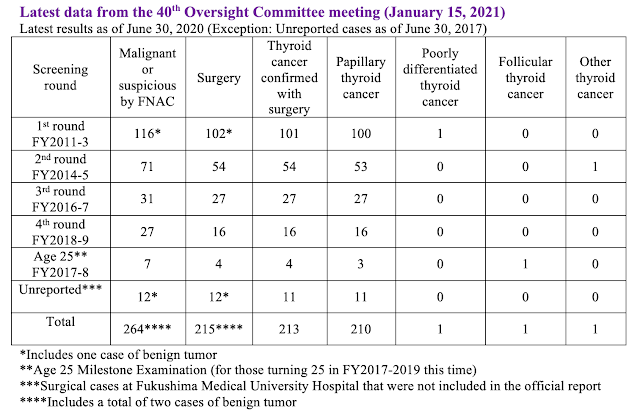