On March 5, 2018, the 30th Oversight Committee for Fukushima Health Management Survey (FHMS) convened in Fukushima City, Fukushima Prefecture. Among other information, the Oversight Committee released the latest results (as of December 31, 2017) of the third round of the Thyroid Ultrasound Examination (TUE). The second round results were orally updated. Official English translation of the results are to be posted here. 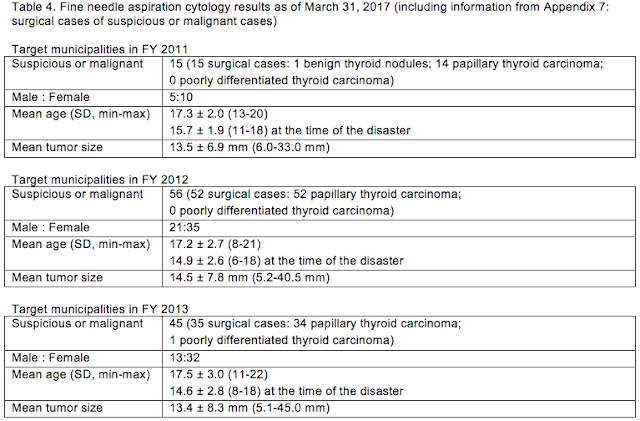 The second round results
With 1 additional surgical case, 52 of 71 have been surgically confirmed as thyroid cancer. 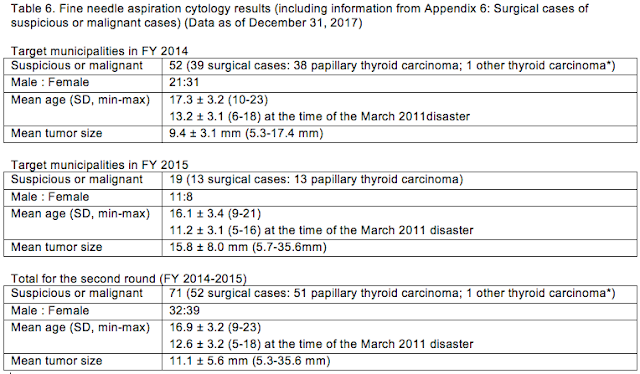 Notable is the maximum tumor size (on ultrasound) of 33.0 mm which has nearly doubled since the last results.